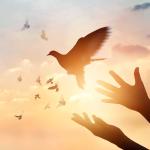 Please note this information is extracted from the Karma Nirvana Website

Karma Nirvana is a UK registered Charity that supports victims and survivors of Forced Marriage and Honour Based Abuse. It was named in the hope that the work it seeks to undertake would make a positive impact on the lives of individuals who would by our involvement achieve a sense of peace and ultimately enlightenment.

In 1993, Jasvinder, a survivor of forced marriage and honour based abuse, established the project initially with a view to create a support network for women who experienced language and cultural barriers. Since Karma Nirvana’s establishment in 1993 it has expanded and developed from a local to regional project to now being a national to international project. Karma Nirvana not only supports women, but has expanded to also support men and couples as this has been identified as a growing need by the project.

We run the UK’s first helpline that is dedicated to supporting victims who have experienced Forced Marriage and Honour Based Abuse. Our aim is to raise public awareness on the issues and in breaking the silence we provide education through accredited training, including seminars, conferences and workshops. Our expert call handlers provide confidential listening support, options and guidance to all professionals, victims and survivors of honour based abuse through our National Honour Network Helpline.

Back to top
Powered by Open Objects © Idox plc