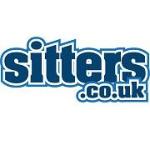 Sitters was created by parents, for families like yours...

One of the biggest hurdles any parent has to overcome is allowing someone else to care for their children. You won’t be alone if you feel slightly anxious booking a babysitter for the first time. Thousands of parents have told us that's exactly how they felt when making new childcare arrangements. Over the years we found these same parents have told us how their concerns melted away as soon as they met their first Sitters childcarer.

We established Sitters in 1999 first and foremost to find evening childcare for our own growing family. For many years our eldest two boys were the faces on Sitters advertising. We were both Sitters founders … and our first customers! So it was of the utmost importance to us that we set the highest standards when it came to selecting childcarers to work with Sitters – and look after our boys.

Over the last two decades we have booked Sitters on hundreds of occasions. We have a small group of regular Sitters at home in Dorset and we’ve also met wonderful babysitters as far afield as London, Nottingham, Cumbria, Scotland and while on holiday in Cornwall.

In 1999 Sitters started life as a telephone based service but gradually clients have made Sitters.co.uk their first choice for booking childcare online. The Sitters website gives you the possibility to make your bookings 24/7 whenever it is convenient. Often you’ll find your babysitter is confirmed by email within just a few minutes.

You can find more information and register here

Back to top
Powered by Open Objects © Idox plc